Hey lovelies so here is my crazy Michael’s haul, actually this is a combination of stuff that both my sister and I bought. She’s going away to college in September so she needs quite a bit of stuff for her dorm room. 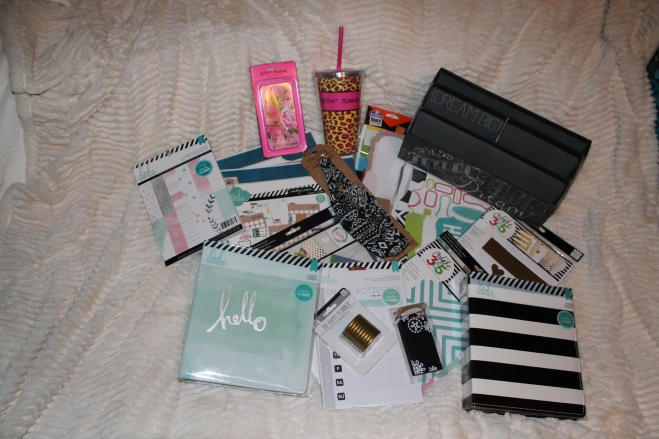 First thing we picked up were some new planners. I don’t plan on using mine until January though since my Kate Spade is good until December. We ended up finding these Heidi Swapp planners which were on sale which was great. Opted for the minty coloured version and my sister picked the black & white stripes. I’ve heard some people aren’t fond of the weekly layout because there’s only six days per week. However, I plan on using the last day for both Saturday & Sunday, this will make it pretty much the same as the Kate Spade layout.

I also picked up the horizontal Heidi Swapp planner. I think it’s called the adventure planner. This I intend to use as my blog planner since it simply has the monthly layout on one side and a goals/to do page on the other. This can keep everything organized so I can see the things I have planned to post all on a simple two page spread. 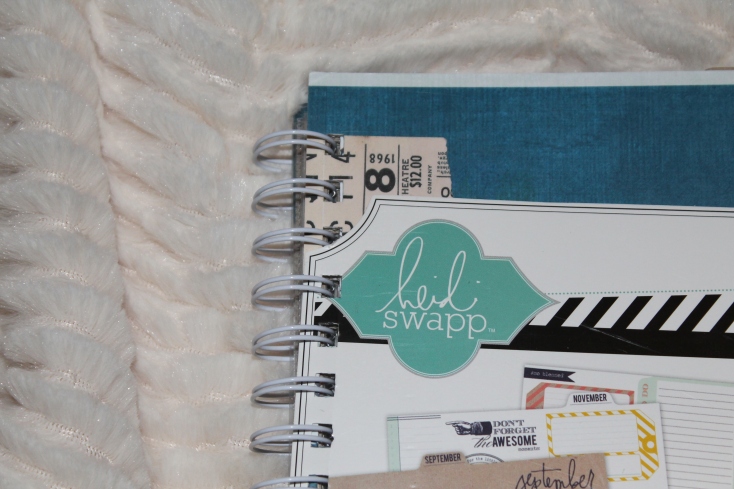 I also picked up some pieces of the 365 Happy Planner. I got the gold binder rings, a pack of the 6 month weekly/monthly inserts, and a pack of various covers. I haven’t really decided what to use this for yet but I thought it was super cute and kind of had to have it. I’m such an impulsive shopper. Anyways I thinking of various things to use it for and hopefully will figure it out soon. If I can;t figure out what to use the monthly inserts I might just pick up some of the lined paper and use it as a notebook for my classes in September.

I ended up grabbing a few other various times with large folders and what not that I want to use to organize some of my important paperwork like bank statements, school papers, etc. The smaller folders Im going to incorporate into my planner. The little stickers will be doing the same thing. 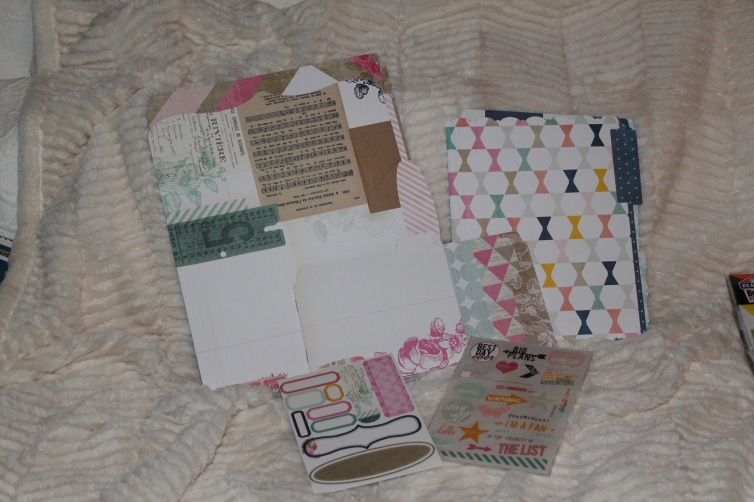 My sister and I each picked up a new phone case because they’re just really cute.

My sister found this cute travel cup and this adorable desk organizer to use in her dorm room.

And that’s everything,thanks for reading and come back soon!